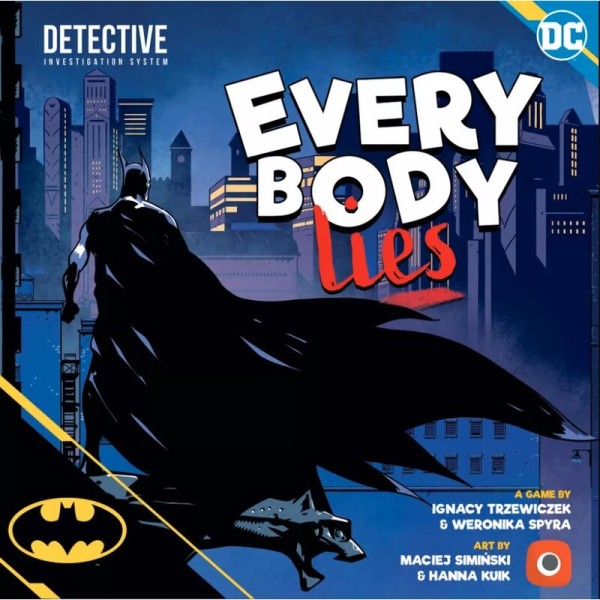 A crime-solving deduction board game set in the Batman™ comics universe.

Batman: Everybody Lies is a crime-solving deduction board game for 2-4 players set in the Batman comics universe.

Which character are you going to play?

Vicky Vale, a brave and uncompromising reporter of Gotham City Gazette. She is dedicated to her work and the people of Gotham City. She will fight to reveal the truth, no matter what. It’s her mission to help this city recover from the dark times of lies and hypocrisy.

Warren Spacey, an instinctive journalist, an old dog who knows Gotham City too well. He has contacts in the underworld, he’s scared of nobody, and there are no doors he refuses to knock on. Spacey is the one who—many years ago—wrote the first article about Joker.

Catwoman, a cunning thief, a surprise ally of Batman, a burglar who walks a thin line between the good and the bad. The G.C.P.D. would love to see her in jail, and Batman would love to see her among the protectors of Gotham City, but Catwoman—like all cats—remains a fascinating riddle, and no one ever knows where her loyalty lies.