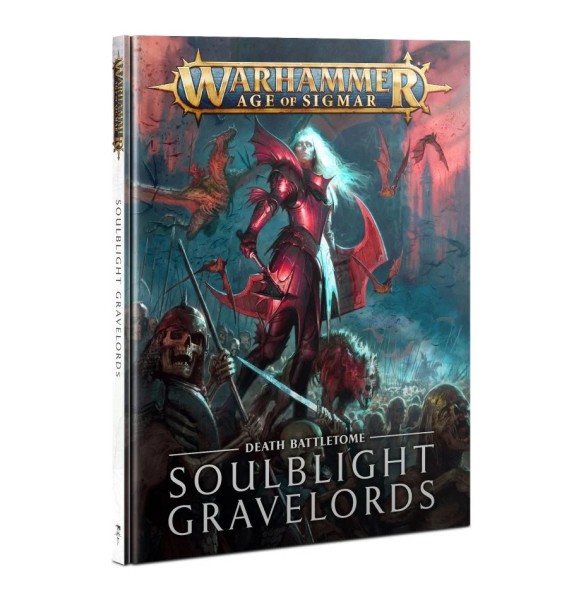 Afflicted by the terrible curse that gives them their name, the Soulblight Gravelords are powerful undead monstrosities eternally hungering for the blood that sustains them. Commanding legions of undead servants and terrifying monsters in the name of their creator, Nagash, these lords of Shyish make use of every means available to conquer the Mortal Realms and bring their prey into line.

In this book, you'll find out how the Soulblight curse came to be, the origins of its megalomaniacal creator, and the dynastic houses that have since sprung up across the breadth of vampire society. Battletome: Soulblight Gravelords is also packed with all the rules you need to create your own force of undead, from legions of shambling zombies to winged, fanged terrors that stalk the night sky.